Broadband India Forum (BIF) along with Indian Council for Research on International Economic Relations (ICRIER) released a report that highlights the Impact of Telecommunications Infrastructure on Economic Growth in India.  Titled Growth Dividends of Digital Communications: The Case for India the report highlights the impact that (i) mobile and internet penetration  (ii) mobile and internet traffic and (iii) investments in telecommunications equipment have on states, on the country and the corresponding impact on GDP.

Releasing the report at the Conference on Digital Infrastructure for Transforming India in New Delhi, Amitabh Kant, CEO Niti Aayog said, “India can become a digitally empowered society and a knowledge economy only by digitally leapfrogging using digital technology and broadband connectivity to enable even higher and sustained growth. We’re however seeing that a significant part of the country still remains unconnected to the digital super-highway. Proliferation of broadband is at the heart of the NDCP 2018. The policy addresses digital infrastructure as its very first objective. This has been accorded the highest priority as it is the lifeline on which all next-generation services will run. This includes all necessary elements required to make this happen – optical fiber, mobile towers, WiFi hotspots, E&V bands and also SatCom. We will also utilize the opportunities presented by emerging and next-generation technologies such as 5G, AI, IoT, Blockchain, Cloud Computing and others. Therefore the need for large investments in digital infrastructure is imperative as this needs to increase three-fold in the next five years to achieve the goal of trebling our GDP to US$7.5 trillion.”

Aruna Sundararajan, Chairperson National Digital Commission & Secretary, Dept. of Telecom, Govt. of India said, “India is looking at 100% inclusivity of its citizens through digital empowerment with the Digital India program. This is a very timely report, far-reaching in scale and scope, on the impact of telecommunications infrastructure on economic growth. This comes at an opportune time, when the National Digital Communications Policy 2018 (NDCP) underlines an ecosystem of convergence spanning IT, Telecom and broadcasting and in the backdrop of revolutionary new technologies such as 5G & IoT. While the first wave of largely mobile (voice) revolution heralded a new age of growth and dynamism to the economy, the second wave is now being led by the growth of internet subscribers and investments in telecommunication infrastructure, leading to exponential benefits to the economic and GDP growth. It is critical therefore for states across India to leverage this to ensure greater direct and spill-over benefits.”

Mr. Rajat Kathuria, Director and Chief Executive, ICRIER said, “The narrative around digital impact is becoming stronger, pervasive and central to our multiple ambitions of growth, development and inclusion. It is hard to imagine India’s future as an economic powerhouse without digital communications being integral to that vision. Already digital investment inspires massive growth dividends. It is expected that the 100 billion dollars envisaged to be invested over the course of NDCP 2018 will contribute over 1 trillion dollars in impact over the lifetime of those investments. Underlying this is ICRIER’s recent analysis that confirms that every 10% increase in telecom investment will lead to 3.3% increase in GDP. And yet this seems an underestimate.  As digital infrastructure becomes ubiquitous and pervasive and communications the norm not only between humans but also between machines, the magnitudes of the growth dividends will only multiply.”

Mr. T.V. Ramachandran, President, Broadband India Forum said, “Telecom infrastructure has rightly acquired the tag of a General Purpose Technology (GPT) with the internet and mobile based communications generating multiplier and spill-over benefits for the national economy. We felt that it was time to re-look and re-quantify the benefits of telecom linked technologies and investments for both, states as well as the overall economy. We’re seeing that the growth dividends from the internet are significantly higher than mobile (voice). While the impact of mobile penetration may have begun to moderate, the impact of internet continues to be on the rise. This is because of increasing use of the internet in improving existing business models and notably creating newer ones thus enabling markets to become more efficient.”

The ICRIER-BIF study also captures the economic impact on the overall telecom sector (excluding broadcasting) in a technology neutral manner by using investment data for the sector. The National Digital Communications Policy, 2018 (NDCP) underlines the potential for US$100 billion telecom infrastructure convergence for IT, telecom and broadcasting. Using existing investment data, the study captured the multiplier benefits the US$ 100 billion investment envisioned in the new NDCP. The impact of investments in telecommunications on GDP growth is computed for the period 2010-11 to 2017-18. Investments in telecom increased at a compounded annual growth rate (CAGR) of 16.3% during this time. The cumulative investment during this period was Rs. 7,47,652.8 crore amounting to 2.5% of the total gross fixed capital formation for India through those years. The study further reveals that a10 percent increase in India’s investment in telecommunications has the potential to deliver on average a 3.3 percent increase in India’s GDP. The USD 100 billion investment envisioned in the National Digital Communications Policy, 2018 could cumulatively add USD 1.21 trillion to India’s income. 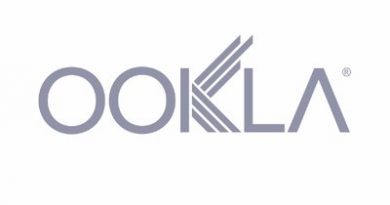