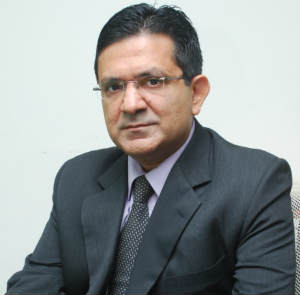 The launch of several initiatives by the new Government, changing sentiments around corruption and an intense regulatory push made 2014 a watershed year for India. Corporate India seemingly followed suit, propagating good governance but at the same time, struggling to stay compliant. The general disposition of industry leaders’ points toward increased awareness around risks related fraud, bribery & corruption; but there is still immense ground to cover. Arpinder Singh, Partner and National Leader, Fraud Investigation & Dispute Services, EY India lists five key trends that organizations should look out for in 2015 as they move toward a more transparent and ethical way of doing business.

The introduction of several regulatory changes such as the Companies Act 2013, revised SEBI guidelines, Lokpal Bill have demonstrated the government’s commitment to weave a more ethical business fabric. These changes, which can be attributed to a more globalised environment, have been strategically outlined for enhancing the state of corporate governance. Throughout the last year, organizations have been inducted into the new norms, made efforts to imbibe sound governance practices in their corporate DNA, including roadmaps to compliance. Given the legal implications that could arise out of flouting rules, companies have been assessing the moral standards of their employees and laying down expected behaviour in form of comprehensive codes of ethics/conduct. A recent survey conducted by EY’s Fraud Investigation & Dispute Services practice on the public perception on anti-bribery and corruption revealed that a strong majority, 87% stated their willingness to blow the whistle if they witness some unethical activity. However, 94% of the respondents still believe that greater enforceability is required. We can expect to witness greater regulatory enforcement in 2015, with the government coming down heavily on companies not complying with the regulations (may also amount to penalties being levied).

PEs and VCs have continued to bet big on Indian entrepreneurial ventures, anticipating bigger return on investments. So while the ‘India innovation’ story is still going strong, some investors did end up burning their fingers in recent deals. This has made them more cautious than ever before. In 2015, it is expected that PEs will closely monitor their investments through increased due diligence – not just before but also post investment. Their approach to gauge the feasibility and sustainability of the venture will go beyond just weighing the business plan – and they will evaluate the credibility and depth of the ‘new age’ entrepreneurs. This will enable building a strong ethical foundation so the venture continues to progress as it achieves scalability.

The financial services sector has been under intense regulatory and media scrutiny with the rapid increase in Non-Performing Assets (NPA) in 2014. Questions have been raised around the reasons behind these mounting cases – are they business decisions which went askew; were there any mala fide intentions; and is the lending and monitoring business conducted with integrity? The general sentiment with bankers seems to focus on enhancing internal controls around NPA reporting and monitoring. In 2015, it will be prudent to invest more resources to proactively handle stressed accounts through independent borrower checks, leverage technology & data analytics to catch early warning signals, develop internal skill sets on credit assessment and evaluation etc. These will play an instrumental role in easing the banker’s life.

For this first time in 18 years, India fared better as compared to China in the Corruption Perception Index by Transparency International. Moving up by 10 places, it stands at 85 in the 2014 rankings which is a marked improvement in perception. Changes undertaken in the regulatory framework such as the Public-Interest Litigation (PIL), Right to Information Act (RTI, Companies Act 20`3 and the Jan Lokpal Act reflects the sentiment shift from the India Shining story to ‘Ache Din’. On the back of these changes, the government has also undertaken multiple initiatives such as ‘Make in India’, ’Invest in India’, ‘Digital India’, opening up of foreign investment in new sectors and amendments in labour laws. These initiatives are game-changers from the perspective of delivery of pro-citizen good governance which is a synchronised and coordinated engagement of the entire government. In the coming year, the government’s propaganda toward driving transparency within corporate India through pending anti-corruption bills (Prevention of Bribery Bill, updating of the Anti-Corruption Bill, Whistle-blowers’ Protection Bill etc.) will see precedence. We expect to see an increase in the enforcement of anti-bribery and anti-corruption regulations with stringent measures.

India has emerged as a strategic and cut throat market. To create a level playing field, the Competition Commission of India (CCI) has stepped in with an agenda to sustain competitiveness but at the same time, reduce instances of companies abusing their dominant positions. It is also opening up to arbitration being a cost-effective and swift mechanism for dispute settlement. There has been an increasing rise in institutional arbitration compared to ad hoc arbitrations; inclusion of arbitration clause will also continue to be an essential part of contracts to expedite resolutions. Going forward, litigations and disputes are expected to see an increase with organizations vying for a bigger slice of the market pie in their respective sectors. The use of e-Discovery will be critical in litigations as costs will need to be managed prudently. The introduction of electronically stored information in legal procedures will bring a new era of litigation, one which would not have businesses cut corners. 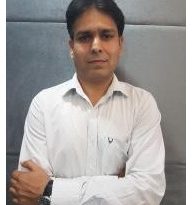 How after sales service is more important than your ‘SALES’? 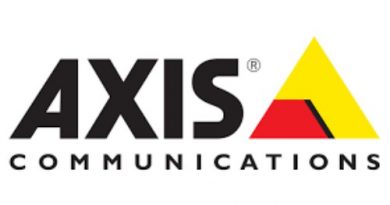