NETGEAR introduced its first Wi-Fi 6 router in India and has been constantly expanding its range of Wi-Fi 6 devices. Equipped with the latest generation of Wi-Fi 6 technology, these powerful mesh systems are designed to keep all connections strong, in every room, all the time.

The latest Wi-Fi 6 mesh systems Mesh Wi-Fi 6 RBK752 has been introduced by NETGEAR to provide its consumers with the ultimate upgrade for its customer who wishes to get the benefits of both the Wi-Fi performance and coverage of a tri-band mesh and the capacity to handle multiple devices with Wi-Fi 6 for their home. The new Orbi Tri-band Mesh Wi-Fi system is available as a two-pack, router and satellite system (RBK752). 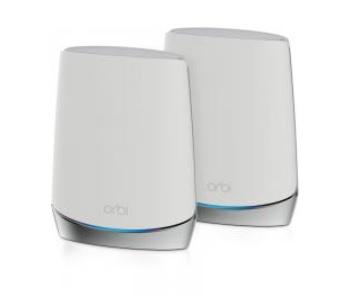 The latest Wi-Fi system will furnish households with the bandwidth to address the demands of today’s bandwidth needs even when running multiple 4K/8K video streaming and online gaming. In an environment where streaming of ultra-high definition video to multiple screens puts greater demands on home networks, the Orbi Wi-Fi 6 mesh systems (RBK752) provides blazing fast coverage all over the house as its flagship Orbi Wi-Fi 6 mesh (RBK852). The RBK752is designed for families with slightly fewer devices, enabling the capability to support upwards of 40 devices on a network simultaneously without interruption when compared to RBK852.

Orbi Wi-Fi 6 Mesh Systems are also designed to deliver on the gigabit internet speeds promised by service providers, with the RBK752 supporting internet speeds of up to 1 Gigabit. The Wi-Fi system leverages the dedicated Wi-Fi 6 backhaul that NETGEAR pioneered with the original Orbi, which provides a dedicated quad stream 5Ghz channel for data exchange between the router and satellite thus reducing congestion and allowing all devices on the network to run faster.

Speaking at the launch Marthesh Nagendra, Country Manager India, ME & SAARC, NETGEAR commented, “As home networks are being exhausted by every member of the household working from home, distance learning and streaming video or playing online games, we have seen that there has been a major increase in the demand for the internet providing higher bandwidth. To meet the current demands of the consumers we have launched the latest Wi-Fi 6 routers that are designed to carry the heavy load and offer great speed.”

To safeguard the home network during this time of heightened online activity due to remote working, NETGEAR Armor powered by Bitdefender on Orbi Mesh Wi-Fi Systems is the ideal solution with award-winning cybersecurity designed to protect all internet-connected devices within a home from viruses, malware, stolen passwords, identity theft and hacking, whether at home or on the go.

The NETGEAR Orbi Mesh Wi-Fi 6 System RBK752 is available through various e-commerce and authorized NETGEAR store at a price point of at INR 37,999/-. 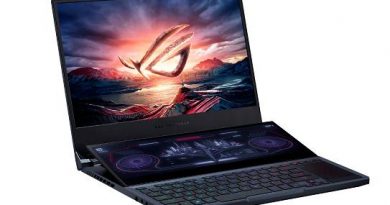 Netflix is now available in Hindi