Technology, such as smartphones and tablets, has allowed us to gain easier access to the entertainment we choose to consume. These platforms have allowed for some industries to enjoy a significant spike in popularity, with certain types of entertainment being more popular than others. With this in mind, these are the particular forms of entertainment that have been gaining popularity rapidly in India.

The popularity of online casinos has started to rise amongst Indians, and the casinos are gaining more users. Online casinos typically offer players all the games they would find in a traditional casino such as blackjack, poker, and roulette. They also offer the ability to access these games from the comfort of their smartphones and laptops, meaning they can play on the go. The introduction of features such as live casino games with dealers also offers users an authentic feel of the casino whilst they play from home. Some online casinos also offer sign-up bonuses which make them appealing to new users. For more information regarding online casinos in India and what offers are available, follow this link.

Although initially, eSports didn’t draw as much attention in India compared to other countries, the industry has definitely been on the rise. As of 2018, India was ranked 16th in the world in terms of revenue from eSports and its popularity is continually increasing. Games such as Counter-Strike: Global Offensive, Dota 2, and Fortnite are some of the most popular in India and make up the largest eSports tournaments. The ESL India Premiership 2020’s prize pool is over 1.15 crore, showing how much financial gain is possible for the participants. The growth in terms of audience for eSports in India has also been significant, with Indian eSports streamers gaining huge audiences on platforms such as YouTube and Twitch.

One of the biggest worldwide growing entertainment platforms, video streaming, is growing exponentially in India. With such a large population to target, over the top media streaming services such as Hotstar, Netflix and Sony LIV amongst many others have had major success in capturing the market. These platforms have provided users with a service where they can watch tv shows and movies on-demand online and made them available on the go. Some platforms such as Hotstar also provide a sports streaming service, which shows live popular sporting events such as cricket, hockey, and kabaddi. More information regarding the streaming service Hotstar can be found here. 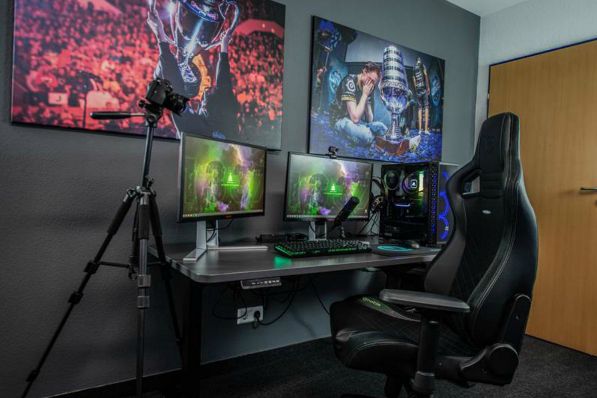 Whilst we are seeing a growing rise in these forms of online entertainment around the world, they are especially growing in India. The large population of over 1.3 billion people and access to technologies such as smartphones and tablets are responsible, and the trends look set to continue. It will be interesting to keep an eye on the next trends that will sweep the country next as it is sure to be immensely popular and will likely be embraced by the gaming community worldwide.

Hunting Down The Mythical High-Quality Code