New Delhi, India, December 22, 2014: After the success of the first global end to end recruitment campaign run by HCL in February 2014, called the #COOLESTINTERVIEWEVER, HCL Technologies has elevated its effort of looking for talent in unusual places. To connect with millennial IT professionals and with people who would like to grab an exciting career at HCL, company has launched Hiral videos (a portmanteau of Viral and Hire) – viral videos that help hire the best talent for HCL.

The Hiral videos are creatively designed job description videos that appeal to the right candidate through their viral-watching connects. What makes it unique is that it does not focus on any target audience and simply aims to capitalize on the excessive use of social media by today’s professional and hence establish a direct dialogue with potential talent. With a global release of the campaign on Facebook, Twitter and YouTube, the videos aim to attract a global audience for positions in HCL offices around the world.

These videos containing pertinent job information are committed to reaching our desired talent pool and the perfectly suited candidates to help them begin a differentiated career experience at HCL. The campaign was launched on 19th November, 2014 and has generated an overwhelming response of over 160 million impressions, garnered over 275,000 views and increased HCL’s website traffic by over 1,12000 hits.

With over 9000 applications having poured in already, the campaign seems to be delivering based on the spark of innovation ignited by the ideapreneurs within the company. 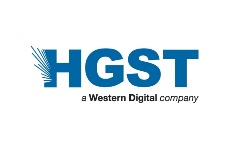 Research has shown that even now, SMEs are lagging behind when it comes to eco-friendly technology. In fact, just 24%