BlackBerry Limited has announced that DTEK50, the world’s most secure Android smartphone, is now available for pre-orders at ShopBlackBerry.com. DTEK50 is BlackBerry’s second smartphone powered by Android, following the PRIV.

Fully equipped with Android Marshmallow 6.0, DTEK50 combines BlackBerry’s unique security, privacy and productivity with the full Android experience in an all-touch design, at a price point that’s accessible for consumers and ideal for enterprise fleet deployment.

“We take our customers’ privacy seriously. That’s why we’re excited with all the security and functionality that’s built in our newest Android smartphone. DTEK50 merges the unique security and connectivity features BlackBerry is known for, with the rich Android ecosystem”, said Ralph Pini, Chief Operating Officer and General Manager, Devices, BlackBerry. “This device adds to BlackBerry’s lineup of secure smartphones, providing choice to our customers with different price points on both, BlackBerry 10 and Android platforms.”

Android Security at the Forefront

In a recent survey of Android smartphone users, BlackBerry found that 50 percent believe their smartphone is only somewhat secure, and what’s more, despite data security fears, one in six Android users don’t know about Android security patches.

“With an increase in cybercrime on smartphones, consumers need to recognize that the private details of their lives – where they live, their bank info, pictures of their kids – are at risk on their personal device. You wouldn’t leave the doors of your house unlocked at night. Having a smartphone that doesn’t take your privacy seriously is the equivalent,” said David Kleidermacher, Chief Security Officer at BlackBerry. “It’s equally important for businesses to protect their sensitive data from cyberattacks at all points of their mobile environment – from the device to the network and servers.”

DTEK50 was designed to address the security and privacy needs of today’s uncompromising Android users. Smartphones are increasingly being targeted for cyberattacks through tactics like malicious apps, scareware notifications and insecure Wi-Fi connections. BlackBerry’s Android smartphones, including DTEK50 and PRIV, have unique built-in hardware security.

DTEK50 encrypts all users’ information, including business critical data and personal data such as pictures, videos and contacts. Malware protection is also built-in along with back-up, wipe and restore capabilities. Additional software provides users with visibility and control over which apps get access to personal info or device features such as the microphone or camera. BlackBerry also delivers security patches on the same day that Google publicly releases information about them, while many popular Android smartphones put the users’ private information at risk of being hacked due to slow security updates.

Features that make DTEK50 the most secure Android smartphone, include:

DTEK50 combines the world’s most secure smartphone with BlackBerry’s enterprise management solutions to produce a powerful device capable of powering any work day. Key features include:

DTEK50 is available to pre-order from ShopBlackBerry.com in the US, Canada, UK, France, Germany, Spain, Italy and The Netherlands for $299 USD.  Additionally, for a limited time, customers who pre-order a DTEK50 will receive a complimentary BlackBerry Mobile Power Pack, including a high-capacity portable charger worth $59.99 USD that powers all your compatible mobile devices to maximize your productivity and play time. This offer expires on August 8th at 11:59 pm PST. 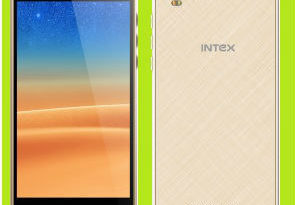 Honor 6 Plus up for pre-order from April 8 on Flipkart.com

Detel provides 60 days Extended Warranty on its Products amid COVID19