The issue under consideration by the Court was “Prescription without diagnosis and hence resulting in death of the patient amounts to criminal negligence on the part of the doctors”. The ‘ratio decidendi’ as laid down by the Bombay High Court in this case can be comprehended to mean that prescription without diagnosis would amount to culpable negligence, which the Court affirmatively decided. The court also mentioned “The medicines were administered on telephonic instructions without even enquiring about the symptoms or nature of the pain suffered by the patient”.

However, the Court does not say medicines ought not to have been administered at all over the telephone. The Indian Medical Council (Professional Conduct, Etiquette & Ethics) Regulations, 2002 (the “Code of Ethics”) laid down by the MCI, prescribes standards of professional conduct, etiquette and ethics for registered medical practitioners. There is nothing in this Code of Ethics that prohibits the online practice of medicine and there is no other law in India that prohibits online medical consultations or prescribes the manner of communication between a medical practitioner and a patient.

According to Internet and Mobile Association of India (IAMAI), in the absence of any legal provision that prohibits online medical consultations or prescribes the manner of communication between medical practitioners and patients, there is no illegality in providing medical consultations online in India subject however, to compliance with all other laws that may be applicable, including the MCI Act, The Code of Ethics and other laws that may be applicable to activities involved in the process, such as the Drugs and Cosmetics Act, 1940 that deals with the issuance of prescriptions.

In a press note, the industry body, which represents the digital industry including healthtech startups, has said that as long as the medical practitioners undertake due care and employ reasonable means for diagnosis, the different ways undertaken by the medical practitioner for such consultation is not the relevant question which the Court addressed and adjudicated in this case.

Unfortunately, post this verdict, some within the medical fraternity have unfairly condemned tele-consultations, declaring them illegal and unethical. Incorrect interpretation of the case is doing rounds on social media, which has created a sense of panic among doctors who have previously helped thousands of patients from their hand-held device. With doctors now being wary of connecting with patients online, it is unfortunate that millions of patients are losing out on basic healthcare services due to such knee jerk reactions.

Prashant Tandon, Co-Chairman of IAMAI Health Tech Committee and Founder and CEO, 1MG said: “At IAMAI, we believe it is a national imperative that we find innovative solutions to improve access to healthcare and develop a healthcare model that serves the society well. In this journey, we believe technology solutions can bring significant value to both patients and the doctors. We are keen to collaborate and engage with Indian Medical Association to co-create the right model, with adequate checks and balances that enables this mission.”

It is a well-known fact that there is shortage of doctors in India which hampers healthcare in India. The shortage of doctors in India is estimated at approx. 5 lakhs. Most specialist doctors are employed in the private sector, mostly limited to Metro and Tier 1 cities. This makes government the largest provider of healthcare services in Tier 2, Tier 3 cities and further down. Apart from the shortage, there are also distribution problems. There is a 10 fold difference in doctor distribution between Delhi and Bihar. Today, doctors are present where the patient is not and this gap will widen as more doctors get added. According to IAMAI, the key to address the doctor shortage and improve primary healthcare is to leverage technology and go ‘Digital’.

The above map shared by a popular doctor tele-consultation platform demonstrates the potential of internet in its truest form. Right from Jammu and Kashmir to Kanyakumari, from Kutch to the eastern border have paid and consulted an MD doctor from their phone using an internet connection. What’s more interesting is that unlike other internet businesses, tele-consultation platforms are largely used by people from Tier 2 and Tier 3 towns where access to specialist doctors is difficult. Even in metros, patients tele-consult doctors due to its outright convenience and cost effectiveness. There are also instances where patients have preferred tele-consultation over physical visits due to privacy – especially in areas of female health, skin diseases, sexology, weight management and mental wellness.

From an impact point of view, the top 10 tele-consultation platforms in the country put together impact over 10 million patients annually with a CAGR of more than 20%. Over 10000 doctors from various specialities are KYC’ed and trained meticulously to serve patients from their phone on these platforms.

Given the limited spread of healthcare services in our country, it is important to acknowledge the potential of internet in strengthening the primary healthcare fabric. To this effect, IAMAI believes that ‘suggesting a blanket tele-consultation ban’ on the basis of few instances is not healthy and also goes against the spirit of law. While there are challenges, collective efforts should be made to address them. 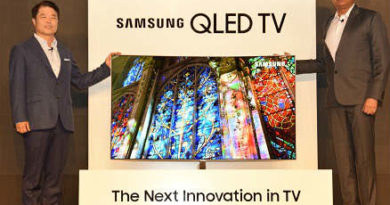